Showing support for local charity organisations lies at the heart of TVM Cheltenham Ltd. The practice of ‘paying it forward’ has and will continue to focus on ways the company can help, improve, and grow the local community, so the work the charities deliver can make a real difference.

In July 2020 TVM Cheltenham Ltd set up a regular monthly donation to North Bristol Foodbank. The foodbank covers the local area of Yate, and other food banks in North Bristol and South Gloucestershire. All donations are shared between all the foodbanks in the group, to ensure there is plenty of food for people in crisis.

Thank you very much for your kindness in helping to support us as we provide for those who are in crisis and struggling to support themselves at this time. The team here at North Bristol Foodbank really do appreciate all the support from those within the local community, without such, we would be unable to help those in need.

CEO Kevin O’Leary and his wife, Catherine, together with their team are grateful for these kind words received from the food bank. The team at TVM Cheltenham understands just how vital all donations are especially during this uncertain and difficult time.

To donate financially to the food bank, you can visit https://northbristol.foodbank.org.uk/give-help/donate-money/

When a customer calls to say ‘Thank you’ it really makes your day.
We’re proud to share the Rave Reviews we’ve received over the past few months.
With thanks to our wonderful team for the work you do every day, and for the way you deliver yourself to uphold the high standards of the company.

This month marks the 20th anniversary of one of the UK’s leading independent mobility specialist providers, TVM Cheltenham Ltd.

As a new century began, Millennium celebrations took place throughout the UK, Catherine Hartley and Fiona Thornewill became the first British women to reach the South Pole, and Kevin O’Leary sold his pride and joy, a Porsche 911 SC Targa for £11,000.00, to fund his new business, TVM Cheltenham. 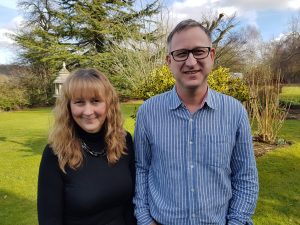 Inspired by an opportunity which arose as a result of relocation, and with money in the bank, Kevin decided to become self-employed. His new mobility business grew quickly, providing a steady income to support Kevin and his family, and then grew into a sustainable local business to aid people to remain independent in their own homes for longer. That was the birth of TVM Cheltenham in January 2000.

END_OF_DOCUMENT_TOKEN_TO_BE_REPLACED

Imagine crossing the finishing line in first place. What a feeling. 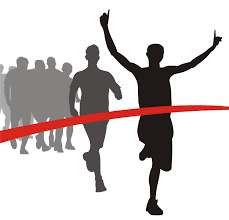 When you stand on the podium and receive your medal, you feel on top of the world. You’ve achieved your goal. As you reflect on your win, you realise how many hours of training and how much hard work you had to put in, to prepare your path to victory.

END_OF_DOCUMENT_TOKEN_TO_BE_REPLACED

Based in Bristol, Gympanzees is an award winning social enterprise, with a vision that every disabled child and young person in the UK has access to play, friendship and exercise.

Since 2018, Gympanzees has held Summer and Easter pop up events at various locations across Bristol for disabled children and their families. The events are designed for children and parents to enjoy access all areas to interactive play and social facilities.

To show our support for Gympanzee’s unique endeavour, we donated hoisting, free of charge, for the Summer 2018 and Easter 2019 events.

END_OF_DOCUMENT_TOKEN_TO_BE_REPLACED 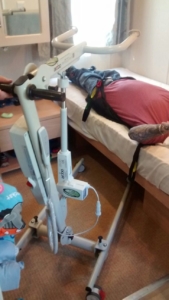 Living independently with support from live in carers, meet 32-year-old Luke, who is wheelchair dependent due to cerebral palsy.

Recently Luke contacted us about our Ardoo portable travel hoist, as he was planning a short break family holiday and his usual hoist was too large. The key requirements were to rent a small portable hoist that could fit in a car, and be able to lift and move Luke in the confined space of a caravan.

END_OF_DOCUMENT_TOKEN_TO_BE_REPLACED 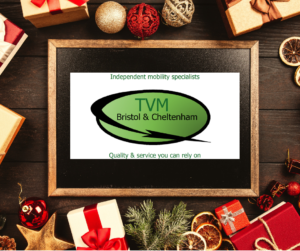 It’s the time of year to celebrate the good things we’ve achieved in business during 2018.

It’s been a fantastic year of company growth, both in our team and business.

END_OF_DOCUMENT_TOKEN_TO_BE_REPLACED 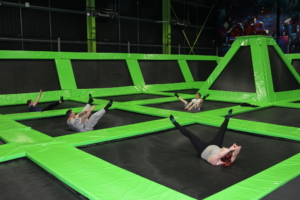 Flip Out Bristol, managed by Daniel Antoniou and his team, is a family-oriented franchise of the UK’s leading trampoline operator, Flip Out. Opened in January 2016, the Bristol venue is popular with children, teenagers, parents and grand-parents, who love to bounce for fun and fitness.

“For one of our party bookings, we were asked about access to the trampoline arena for a disabled girl, so that she could join in her friend’s birthday celebration. Faced with a challenge, we were referred by a customer to speak to local mobility and modular ramping solution company, TVM Bristol & Cheltenham.

END_OF_DOCUMENT_TOKEN_TO_BE_REPLACED 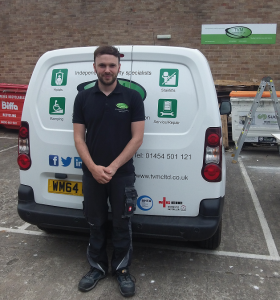 Having held various roles in the healthcare sector, including storeman, technician, service engineer and operations supervisor, the company says both Daniel’s hands-on and office-based experience will be a real asset to the busy team.

END_OF_DOCUMENT_TOKEN_TO_BE_REPLACED

At the beginning of 2018, during our annual company review with our business coach, we decided our website needed some TLC.

As a shop window to our business, featuring a comprehensive range of products and services we deliver, we felt our existing site had worked well for us. However, with more people viewing websites on mobile devices, we realised ours was not mobile friendly.

END_OF_DOCUMENT_TOKEN_TO_BE_REPLACED

This site uses cookies. By continuing to browse the site, you are agreeing to our use of cookies.

We may request cookies to be set on your device. We use cookies to let us know when you visit our websites, how you interact with us, to enrich your user experience, and to customize your relationship with our website.

Click on the different category headings to find out more. You can also change some of your preferences. Note that blocking some types of cookies may impact your experience on our websites and the services we are able to offer.

These cookies are strictly necessary to provide you with services available through our website and to use some of its features.

Because these cookies are strictly necessary to deliver the website, you cannot refuse them without impacting how our site functions. You can block or delete them by changing your browser settings and force blocking all cookies on this website.

We also use different external services like Google Webfonts, Google Maps and external Video providers. Since these providers may collect personal data like your IP address we allow you to block them here. Please be aware that this might heavily reduce the functionality and appearance of our site. Changes will take effect once you reload the page.